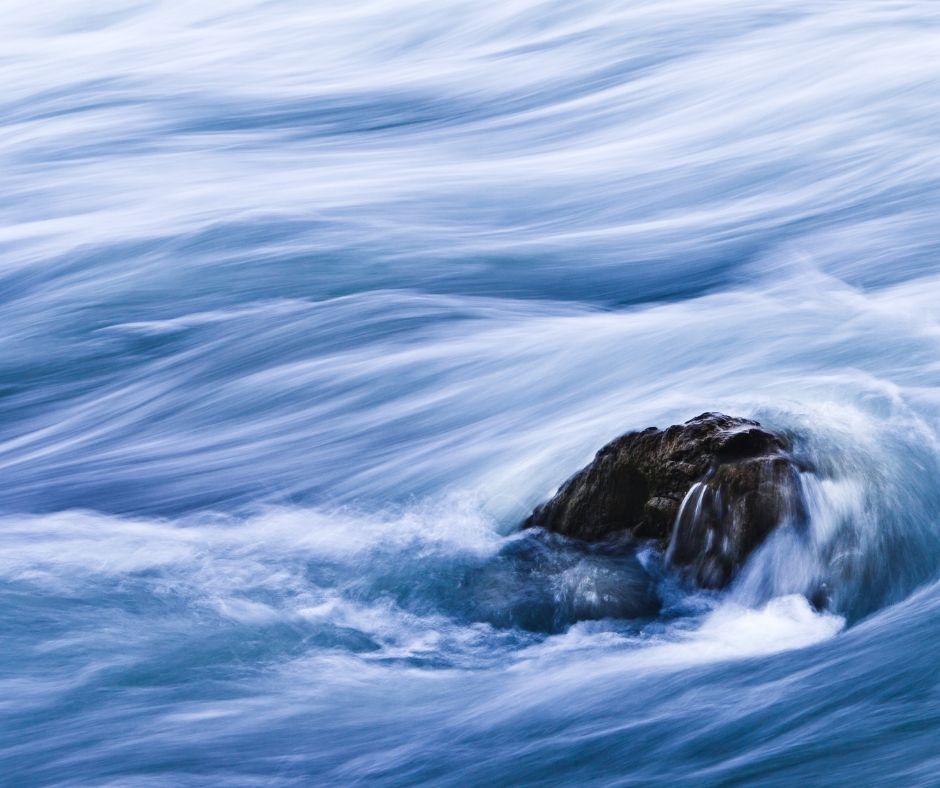 Wu Wei has often been translated to mean something like Not Doing, or Doing By Not Doing.  It implies somehow, achievement by doing nothing.

The ultimate Wu Wei would be to travel upstream when the tide is coming in, and then returning downstream when the tide is going out.  In Kung Fu it might be to let someone charge in so fast, with so much momentum that all you need do is present the block and not only will your opponent push you out of the way, but allow you to simply guide them past and charge into the floor.

Wu can be seen as meaning a negative, the opposite of yu, has or is.  Though as every artist knows it is often the negative that shapes the positive.  One learns to draw the space around the subject; showing what Is Not in a way that describes what Is.  However, wei can be understood to be the counterpoint of material existence, that is, to be in some way, spiritual.  This does not mean ‘not’ existing.  After all, the tao is not a material thing any more than virtue or love is a material thing.  So rather than ‘not action’, something like ‘spiritual action’, or perhaps ‘principled doing’.  Getting stuff done by being in the flow.  Working with nature rather than against it.

When our actions are quite effortlessly in alignment with the ebb and flow of the elemental cycles of the natural world, then we are operating with Wu Wei; letting things take or follow their nature.

A thing’s nature in this sense is the state it has when being as it is of itself, without interference from or being affected by outside influences.  Yet everything is as it is only in relation to everything else, nothing exists in isolation.  So only the whole is as it is of itself.  If there were a God who existed outside of, and contingently to, the rest of the universe, then and only then, if He interfered with the order of the internally complete system of the universe, would anything, not natural exist.

The paradox appears to be that, while it is our nature to think and consciously change the state of nature as we find it, we are somehow more in tune with nature when we stop trying to shape is artificially.  How can it be human nature to oppose nature?  How can a part be opposed to the whole?  It is one of the contrary features of consciousness that it brings with the possibility of choice and choice enables us bad choice.  This is a Taoist version of the monotheistic paradox of human freedom creating the opportunity to sin that theologians have pondered over for millennia.

Wu Wei implies an intent to relax and watch the Li or the flow and not to be anxious be anxious.

Somethings can’t be achieved by trying harder.  You can’t try to be happy, you can only do those things, that have the by-product of making you happy or think of those things that when thought of make you happy.

Applying this way of thinking to ethics would suggest that the highest form of virtue is to act with kindness spontaneously, not through the deliberate process of thinking ‘What kindnesses shall I do today’?  To naturally do without even conscious choice the virtuous way, without the need for disciplined effort.  ‘To be’ not just ‘to do’.  For then we are following our nature.