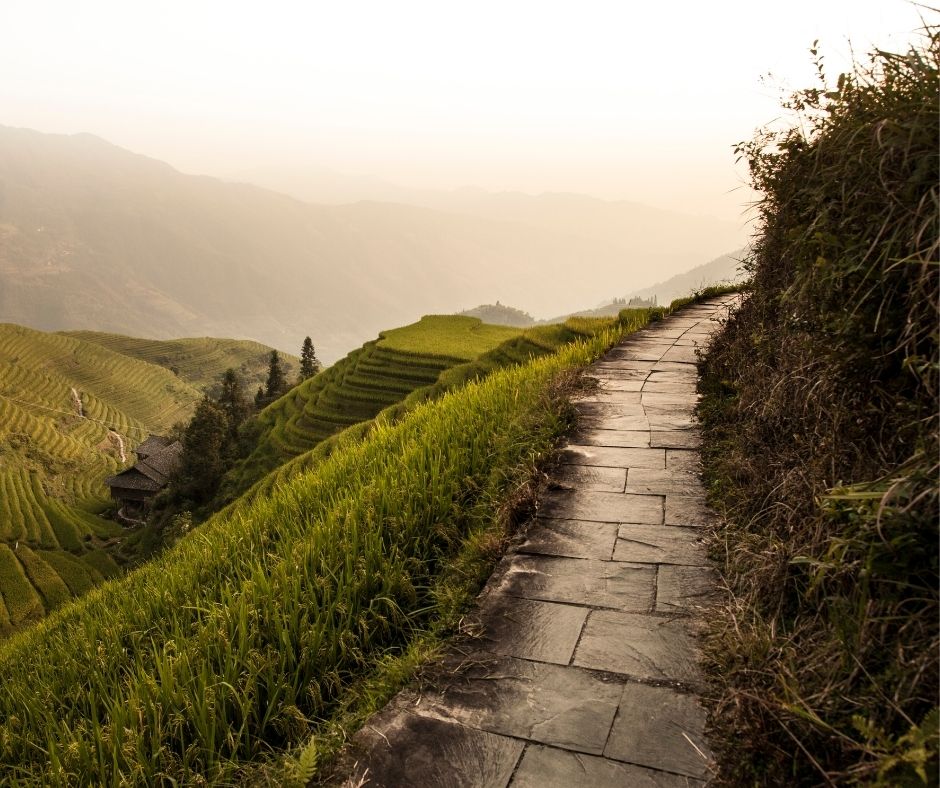 Lao Tzu defined contentment as the only measure by which we should gauge both personal success and the filter through which society’s values should be passed.  By the simple test of considering how conducive anything is to promoting contentment one can evaluate its usefulness.  On this basis he judges some impulses to be dysfunctional, like the desire for fame and fortune.

The Tao is the Way or the Path.  The journey is not only towards contentment, but the journey should be considered an end in itself with contentment as the measure, the guide to inform one that the way is being followed; discontent marks the kerb stones of the path.

In saying that the Tao is the way or the path, one is immediately met by the question, is it the way one actually goes or the way one should go; the road actually walked or the route one should aim to follow.  Now if it is the road one actually takes, it is uninteresting, it becomes merely a reference to all that is and therefore by not referring to anything not included it has no significant meaning.

So we shall refer to it as the way one should go.

So is the Tao, the way you should go, or the way you should go?  Those of us who grow up in a culture with an historic prescriptive religion tend to assume that there is a right way, a doctrinally legislated right and wrong; there is a narrow path to righteousness (more like a tight rope) and any deviation from that path is ipso facto wrong.  The Tao however refers to the way you should go.  Remembering that the success criteria is contentment not a prescribed set of behaviours intended to appease some deity.  If you follow the way you should, it will not only lead to contentment, but also be easy.  If the way you are following is drastically alien to your natural disposition and renders you discontent, it is not the Tao; not your Tao.  Which is odd, as most religions virtually require you to strive to follow a way that is opposed to your nature.  What if, I hear you say, someone’s nature, what they are most driven to do, is be horrible to others?  Well, would such an inclination ever be natural to them? Would it bring them contentment? It might satisfy a need for power, which would only have been formed by an early trauma invoking a sense of impotence.  But, contentment?  No.

Whenever we strive to be something we are not, we miss the Tao.  Does this include the desire to develop and become better than we are?  Not at all!  When we allow ourselves to become more what we truly are, then we follow the Tao.  That which you genuinely wish to become is only, and can only be, that which in essence, you actually are; why else do you think you have the will to become it?  Hence, self-knowledge is a crucial step towards following the Tao, actualising your potential and finding contentment.

At our academy, Masters students (post black belt) are encouraged in their training to find their way of doing Tao Te Kung Fu.  In the same way that two great writers will use the same vocabulary and grammar, but produce wholly different work, so using the same techniques, all masters students will develop their own style; their own way of doing Kung Fu.