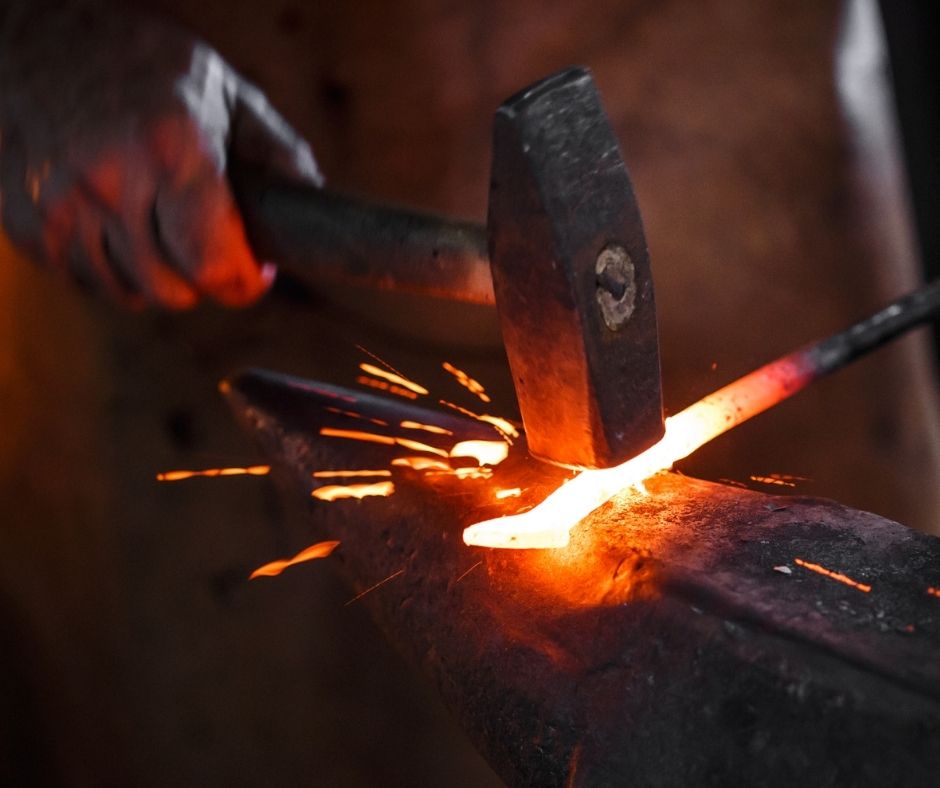 The traditional role of Metal involves cutting and adornment.  Both weapons and agricultural implements are generally used to cut; often they were the same tools, if you found an area that was forested, you wouldn’t be surprised if the local men tended to fight with axes.  Metal jewellery, adornments like buckles and fine crafted weapons were not only intended to be beautiful, but also meaningful and to last for years, usually longer than their original owners.  This means they become invested with sentimental value in addition to their financial worth.  Hence Metal also has connotations of dramatic sentiment, from celebration to grief.  Metal therefore refers not only to Autumn/harvest time and war, but also to the evening, when, if one is working during the hours of daylight, one might wear fine adornments.

The Metal Element also represents different times in our life as we move through different cycles.  As we’ve said it is associated with the Autumn, the time when crops are harvested.  But more generally Metal suggests success; whether in harvesting, cutting down one’s enemies or in being able to afford valuable trinkets or jewellery.

Yang Metal is symbolized by knives, swords, ploughs, and other such sharp implements.  It represents the need to succeed at any cost.  It is aggressive and astute.

Yin Metal is symbolized by jewellery, pocket watches, trinkets and coins.  Yin Metal represents the fruits of success rather than succeeding itself.

Metal periods are a time for success and having a lot of personal esteem tied up in the success.  Consequently, failure in these times would be a personal tragedy with a dramatic expression.  Have in mind that if a harvest failed, or if a battle was lost, it could be the death of an entire community.

Metal nourishes water, and is nourished by Earth.  Any cool metal will encourage water to condense on it.  If you use a finely honed skill, one that may have taken years to develop, like a sharp tool, it appears to be used with ease, or effortless and finding the easiest route like water.  Metal is found within the earth of course, so it is resolute hard work that needs to go into the time and effort involved in making a fine metal tool.

Metal is controlled by Fire and controls Wood.  The blacksmith’s furnace is the primary tool in manipulating Metal.  So it is passion that begins the process of developing a skill, but also the finest skills can become useless when intense emotion is involved in their use; imaging a furious watchmaker, a fearful surgeon, when your pulse reaches 140 you pretty well loose fine motor coordination.  Metal tools are the primary way of controlling plants, whether it is the axe, the scythe or the carpenter’s chisel.  A wise word from a skilled therapist can cut through the weeds of negative thought.