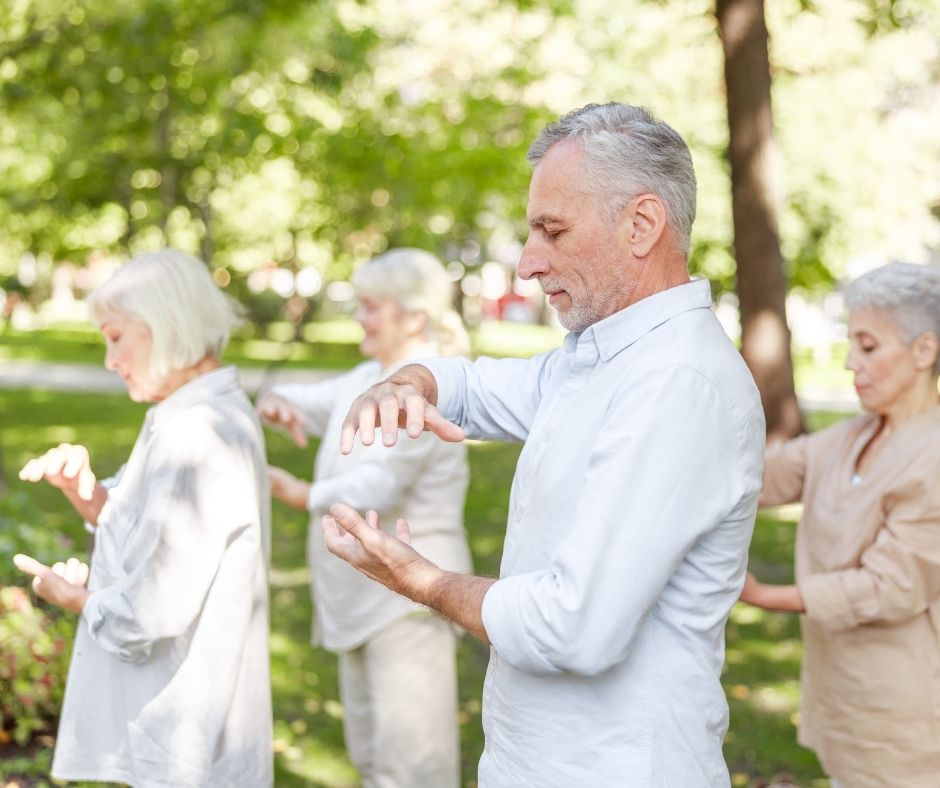 Chi Kung or working with energy.

I’ve recently had one or two people ask about the Chi Kung we do in class, so I thought I’d make a few comments about it.

I should start by saying that Chi Kung (or Qigong) is very ancient.  It pre-dates any of the philosophical or religious traditions that have adopted its use.  It was practiced by early Taoists (which was originally a non-religious philosophy) and then by Buddhists.  Over the centuries Taoism and Buddhism appear to have cross fertilised each other until the Taoists become more religious and the Buddhists adopted much of the typically Chinese philosophy, developing the Zen approach, but during their evolution, both developed increasingly more complex Chi Kung.

Chi Kung has not only various roots but also many branches.  These branches differ according to the intended goal of its implementation.  Some Chi Kung has been developed to enhance health, some to extend life, some to achieve spiritual enlightenment and some to aid in martial arts.

While we tend to think primarily of Chi Kung in terms of the physical exercises, one should understand that it is an approach to the way energy is created, stored and used within the body.  In much the way that in Western physics we might see that energy can be in the form of heat, light, electro/magnetic or stored as potential energy etc, Chi Kung would describe differing types of energy within the body and, much like as in physics, these can be converted from one form to another.  If you rub your hands together you are using chemical energy that you converted from the food you ate, (which previously converted it from light energy,) into heat; your hands will get warm.  So, on a cold day, when you rub your hands together, you are still warming them from the energy that the sun dispensed months earlier.

When we use a heart monitor, we are, of course, actually measuring the electrical charge that operates in the muscles of the heart.  We understand that every atom in our body is simply moving energy held in a pattern.  In a way, as modern western thinkers, we are wonderfully equipped with a paradigm suitable to grasp Chi Kung.

The goal of the Chi Kung practiced will change its emphasis.  For example, the use of herbs and spices will be relevant in some medically orientated traditions.  Some practitioners, with a view to longevity, will be strict vegans.  Those seeking spiritual enlightenment might strictly control their frequency of sexual activity; to enable them to focus that energy into mediations.  Others may need to isolate themselves as a hermit for a period of time.  So, Chi Kung can involve: how you breath, how you eat, how you move and how you think.  It can be part of your physical exercise or part of your religious discipline.

Chi Kung has travelled a similar path to that of Yoga, though not always in the same direction.  While Yoga began as a religious practice, to help channel prana (Simplistically you can think of prana as Sanskrit for Chi) and has become, for many, simply an exercise for health, Chi Kung began as an exercise for health and was acquired into religious traditions, although it is now becoming increasingly separated again.  In the same way that many people find Yoga beneficial without it having any religious connotations, Chi Kung appears to have begun that way and is now coming full circle.