33. Feel the Fear and see the Beauty 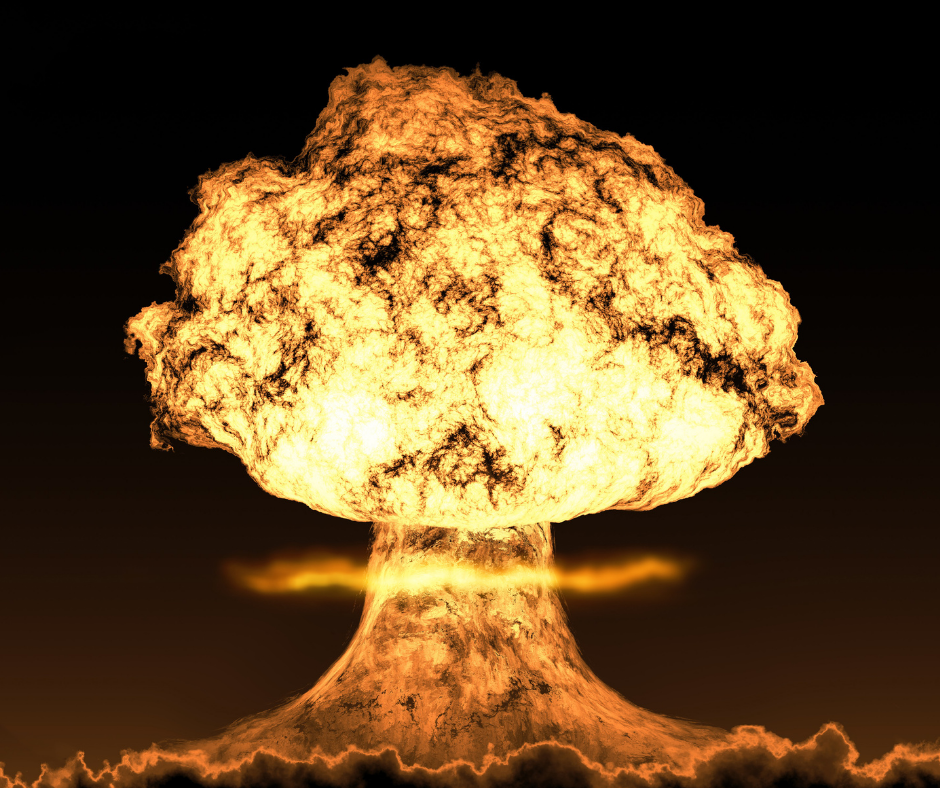 I grew up during a time of international anxiety.  When I left school in 1979 the principal topic of conversation among my peers was, what would we do when the 4 minute warning came? Notice, not, ‘if’ but ‘when.’  We totally expected that at some point we would be in a nuclear war with the USSR.  We were babies when the Cuban missile crisis put us on the brink, and our whole lives had been a preparation for global annihilation.  People actually discussed whether the super powers had enough missiles to turn the Earth into a new asteroid belt where the planet used to be or only sufficient explosives to scorch every living thing on the surface, creating a global radioactive desert.  I was thinking about the effect of such deliberations recently because of a renewed concern over war.  In the last couple of years, the Chinese minister of defence has said that they (the civilians) should prepare for a nuclear war and Russia has run a disaster drill involving some 40 million people to ensure their preparedness for a nuclear strike.  I’m actually not overly concerned about the prospect of war.  Really.  Such stories, I suspect, have their roots in other political agendas.  If a government wants to justify spending a lot on defence, perhaps because some decision maker wants to do some manufacturer a favour, then such announcements will ease the way.  If a government wants to distract its own people from one story, it feeds them another.  There’s nothing like a bit of posturing, showing that you are prepared to go to war, before negotiations start over some apparently unrelated issue, to strengthen your position.  No, I suspect that we are not really any nearer a war than we have been at any time over the last couple of decades.  I’m interested in how such considerations affect us.  It’s a bit like having a health scare.  The doctor tells you that you might have some frightening terminal illness and while you are waiting to hear what is in store for you, you take stock of your life.  You consider the purpose of your life choices.  Some people will become more selfish and hedonistic; the realisation that one way or another, they are going to die and life is always short, causes them to think, let’s just have a good time and enjoy what time they’ve got.  Others will try to make their life count by doing what they can to help others and make some positive impact with what little life they have.  Others will determine to fight every inch of the way; they won’t go quietly and meekly into the grave.  What is most significant is what they all have in common; they all examine the purpose of their life.  They begin to value more every moment that they have.  Very few people can live with high levels of fear and anxiety for long and simply go on with their life as they were.  To this extent, the scare stories do us a favour, they make us look at our lives and question our attitude, our path, our choices.  You could call this Mindfulness.  You could call it living consciously with our eyes open to the reality of our mortality.  Whatever you call it, it helps us to live in the moment, appreciating our life as we live it.  Threats to our lives enhance the pleasures of the moment, the beauty of each breath, the joy of our relationships with loved ones, the exquisite details of the natural world in all its fascinating expressions.

It may be that when we live in such safe, (yes, in spite of the current pandemic) sanitised societies, so separated from the dangers of life in general that we can become distracted from the moment and the important things.  Most of humanity have lived with the fear and anxiety of the prospect of imminent and brutal death, whether from natural disasters, famine, disease, war or whatever and we are in many ways the exception.  We can easily live our lives isolated from such realities.  We (our particular culture) are so separated from the daily threats to our lives that have been common to people throughout history and around the world that we can carry on as if we absolutely expect to live in peace and good health for long, happy and productive lives.  Now I hope we all do.  My point is that such a life has not been the norm for people and such high expectations might make us less able to cope with periodic scares and in some ways makes us more dulled to the wonders of life and more distracted from its more genuinely, meaningful experiences.