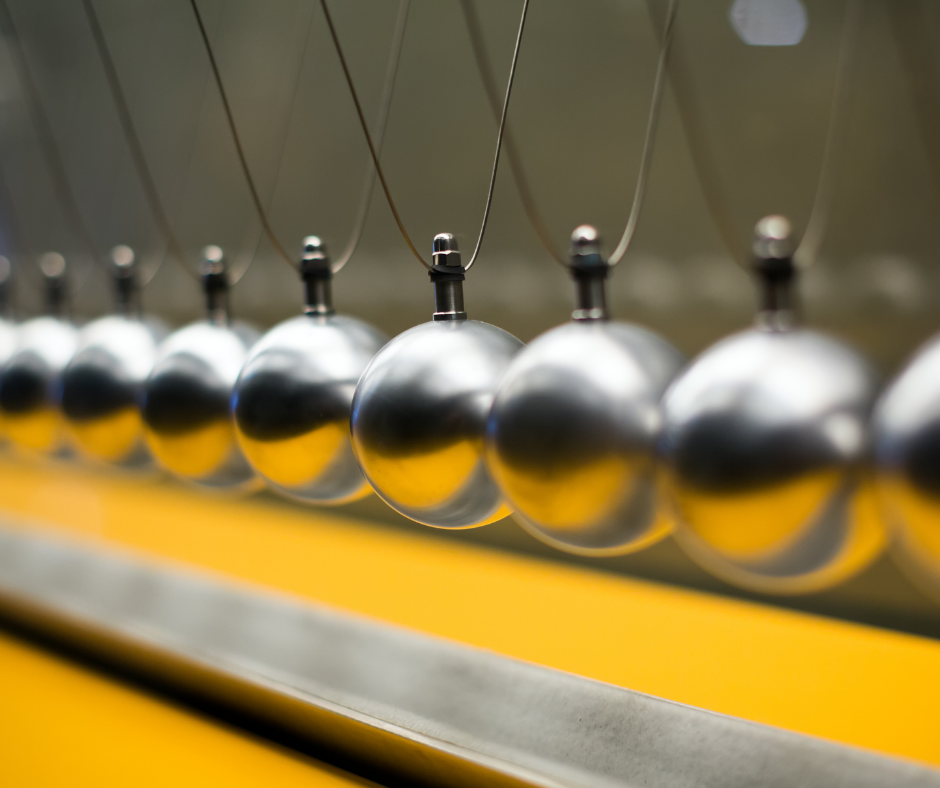 There are laws of motion in every area of life.  Inertia and momentum are fundamental.  It takes a lot of effort to get something started but once it’s in motion it takes a lot less to keep it going, but often a lot to stop it.  It takes an aeroplane a huge amount of energy to get going, to overcome its inertia, but once it reaches its cruising speed if the engines were switched off, its momentum, in many cases, would enable it to continue for many miles.  It might take a lot of effort to get the qualifications and get into that ideal job, but once your career takes off, you can ease up a bit and, like a rolling ball, a light touch will keep it going.  However, what if you grow to dislike it; can you just change?  What about a relationship that’s been going for years?  A family tradition, a life style, an attitude, or a prejudice?  These things too have their own momentum.  The laws of motion don’t make moral judgments.  Whether good or bad, they still apply.  A strong relationship will just power through difficulties and come out the other side, but one that has lost its momentum over years of neglect will come up against a bump and stall.  It might not fall apart; that would take some new energy to push in a different direction; the adhesion itself has a momentum; the same principle applies.
Creating enough emotional momentum to take action is no exception to this principle.  Violent actions and particularly the physiological changes that accompany them take time to happen; to overcome the inertia and generate some momentum.  You’ve seen the pigeon dance that a couple of guys do (chest out, arms wide, head bobbing) while they ratchet up their physiology into violent mode.  When they ‘feel’ they are, for a moment, in a position to win (this could be a chemical reading of the relative levels of testosterone etc. or a psychological assessment of the relative levels of confidence) the attack is launched.  Putting a stick in someone’s spokes while they are winding up, or getting their momentum up to take off speed, is a skill that can be learned.  I’ve seen people nose dive on that particular runway when their opponent has given them a confident smile.  The problem comes when the other guy knows he’s going to attack and has built up momentum, but takes you by surprise.  To survive a surprise attack, you will have to learn how to be more aware and have some instant, instinctive reaction, as fast as blinking, that will save you.  Once your initial reaction has saved you it will only take a few seconds for your own physiology and momentum to catch up.  This is something you will learn in your Kung Fu training.

Unless you happen to be in the vacuum of space, the initial effort to get something going will need to be supplemented.  You can keep the progress up if you keep putting a little effort in consistently.  The push at the start might be enough for a while, but eventually it (any endeavour) will grind to a halt and if you let the thing stop it will take another huge push again to restart it, but keep up a steady slight effort and it will keep moving.  Your business, your relationship, your health, your studies, whatever, this law applies.