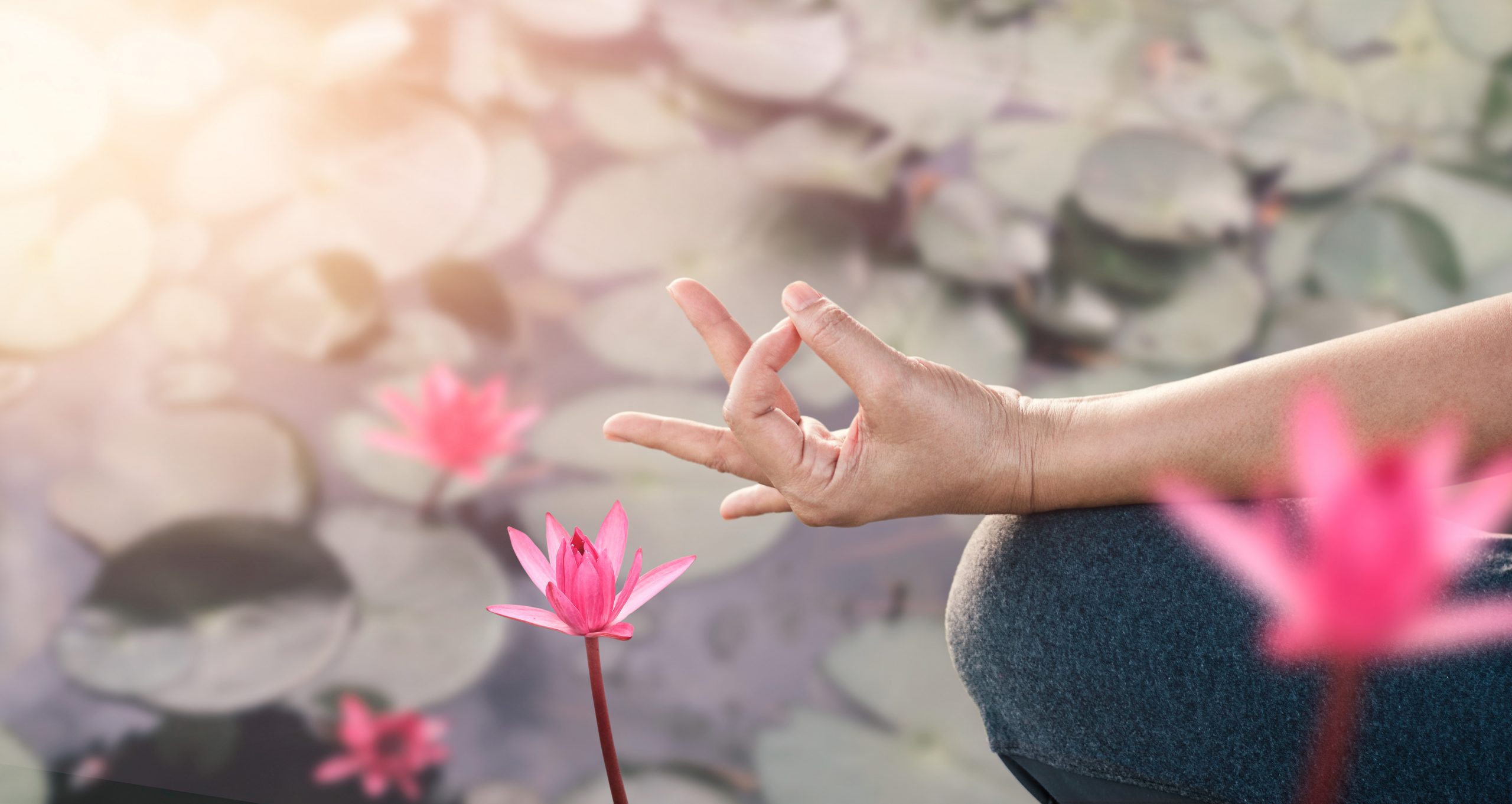 I’m often asked, if there is one Chi Kung exercise that someone could do for the maximum effect, what is it?  That’s easy to answer.  It is, learn to breathe.

Every emotional state has a unique breathing pattern, with only slight variation from person to person.  When you know a person well, you will be so familiar with their breathing patterns that you know instinctively their mood.  Of course with many such things, it’s not really instinct or intuition it’s just that at an unconscious level we have noticed them breath in a certain pattern when they have been in a corresponding mood and so our unconscious brain lets us know their mood even if we don’t realise consciously how we know this, so it seems that we just know by intuition.  One of the most obvious breathing patterns that people have is their sleep breathing.  They might be motionless and look asleep, but we will know if they are not and we can tell instantly when they actually fall asleep.  Any parent can hold their baby, rocking it and will know the moment they drop off.  The ideal Chi Kung breathing is very similar to that sleep pattern.

If you want to get technical, and it invariably helps to understand what’s happening, two subsets of the autonomic nervous system are the sympathetic and the parasympathetic nervous systems.  The sympathetic nervous system is initiated by anything in our environment that we perceive as a threat; sometimes called the fight of flight response, though its actually more complicated with considerably more nuance than that.  When we are triggered by something into this state, our entire body gets ready for some sort of action.  We are on high alert, we get tunnel vision, we can become almost deaf, our digestive system stops, our immune system goes on hold, blood pressure goes up along with the pulse, blood coagulant is increased along with adrenalin and cortisol.  While this is going one, our cells are not being repaired, we aren’t digesting nutrients, we aren’t growing and the only information our conscious brain is receiving from the vast amount of data that our unconscious brain takes in from the environment is information about threat.  Our breathing pattern is faster, and higher, that is, all in the chest.  Hence, we associate a high chested breath with someone about to be violent.  Solders on parade, and by association children standing in ranks, are told to pull their shoulders back and out, push out their chests and hold their abdomens in.  When two men square up before a fight, they push out their chests to appear threatening and ready to fight.  If you live in this survival state for any length of time, you will be subject to the plethora of illnesses we call ‘stress related’ as we are simply not designed to be in this sort of state for more than a few minutes and rarely.  One of the long-term effects of being in a stressed, anxious, fight or flight response, is that your mind focusses primarily on survival.  You consider how you can stay alive and what are the threats in your environment.  It necessarily makes you self-centred and focussed on things, only considering material reality around you; will it keep you safe or can you eat it to stay alive?  So long term stressed people are likely to be selfish and materialistic.

Because this whole system is automatic, it works like a set of gears that are all interlocked.  What that means is that if you can control just one of that list of effects and turn it in reverse, you can instead initiate the parasympathetic nervous system; sometimes called the ‘rest and digest state.’  In this state we have an improved digestive system, stronger immune response, lower blood pressure, better cellular repair, improved nutrition absorption etc.  It also effects our psychological behaviour.  Because you feel relaxed and the alarms aren’t metaphorically ringing in your head and your entire existence isn’t focussed on personal survival, you can consider others and function more cooperatively, you can look inwards to understand yourself better.  Because you aren’t scared of some threat, you are less concerned about material things and gathering them to you.  You can become more philosophical.  No one ever worried about their spiritual growth while running from a bear.

The easiest of these functions or part of this system to get a hold of and put in reverse is breathing (there are others, but that would be another article).  By changing your breath pattern you can control the totality of this system.  Can you see why I describe it as the exercise that has maximum effect?

Let me talk you through how to get this just right.  If you can do this, standing in a summer meadow, with a riot of brightly coloured wild flowers, beside a gently flowing, crystal clear stream and possibly in the shade of a magnificent willow, where the only sound that disturbs the rustle of the leaves and the burbling of the stream is a blackbird and the occasional read warbler, that would be ideal.  If you can’t manage that, then just close your eyes and imagine it.

Now stand with our feet shoulder width and parallel.  Unlock your knees; don’t actually bend them, they’re just soft and unlocked.  Rotate your hips so that you tuck your bum in.  Roll your shoulders up and backwards bringing your shoulder blades down your spine letting them settle low.  Imagine a thread attached to the very top of your head, right at the crown and now picture the tread is pulled up so your neck lengthens and your chin comes back a little.  Let your arms hang relaxed and bring your hands to the front of  your abdomen so the fingers and thumbs touch, your hands softly cup and they will naturally cross over a little so that the first inch or so of the fingers of one hand sit on top of the others up to the second knuckle.  Different schools of Zen would suggest which hand goes on top is important, but I’ve never noticed any difference so do whichever comes naturally to you.  Imposing a right or left dominance will feel like crossing your arms or legs in the way that is not natural for you, you will constantly be aware of it feeling wrong.

Now breathe in through your nose, filling your lungs, but only letting the abdomen expand.  When you breathe out through your nose, keep going until your lungs are empty.  Clearly your lungs don’t extend into your abdomen, but what is happening is that your diaphragm, a large muscle that sits across the bottom of your lungs, is pushing downwards to accommodate more air, and in doing so it pushes your lower internal organs down and forwards.  Now slow it down.  If you have a normal healthy cardiovascular system you should be able to do a steady count of ten in and ten out.  It is worth understanding that most people take around 12 to 15 breaths per minute, but only exchange about 10% of the air in their lungs, so when you are completely filling and emptying your lungs you can slow that down to 3 or 4 breaths a minute.  If you ever feel light headed, it is almost certain that you are breathing too fast not too slowly.  With a little practice, this breathing will become habitual and you won’t need to think about it, just like every other motor activity that you learn, it soon becomes unconscious.

When you first do this, it will seem to be very unnatural and awkward, taking a lot of concentration.  It does.  You haven’t done it before.  Go and watch a baby learning how to use a spoon for the first time, but if you can read this, you probably now use a spoon with great dexterity, hardly ever hitting your eye or throwing food across the room, even when thinking of something else.  Give it time and practice.

If I am only doing Chi Kung breathing with no movement, I find I naturally use a meditation similar to a Hindu practice called Holy Name.  Picture a moving point that gently swings down and a little forward to your abdomen as you breathe in, then swings back up through your body to the top of your chest, even up to the back of your throat as you breathe out.  Like a pendulum, it slows down at either end of its swing, coming to a momentary stop before going back.  This moving point meditation helps you to keep the breathing pattern without actually thinking about the breathing as you quickly marry the breath pattern and the moving point together.  When the focus and the breathing become one unconscious thought, you won’t need to count as the pendulum speed will be set.

When you first start practicing this you will need to almost constantly keep checking each detail: are my feet right, my knees unlocked, pelvis tilted, shoulders back and down, crown of head reaching up, is my abdomen moving, is the speed right?  Don’t worry that’s normal.  And don’t start with an hour.  Try it for 5 minutes, but try it every day.  When you love it, and you will, then start doing it for longer.  Don’t make it a chore, it should be a joy. As you advance through the Chi Kung brocades in the Kung Fu Living program, you will be introduced to various breathing patterns; each intended to generate differently energetic effects.  But this standing Chi Kung breathing techniques will become a staple part of your daily diet.