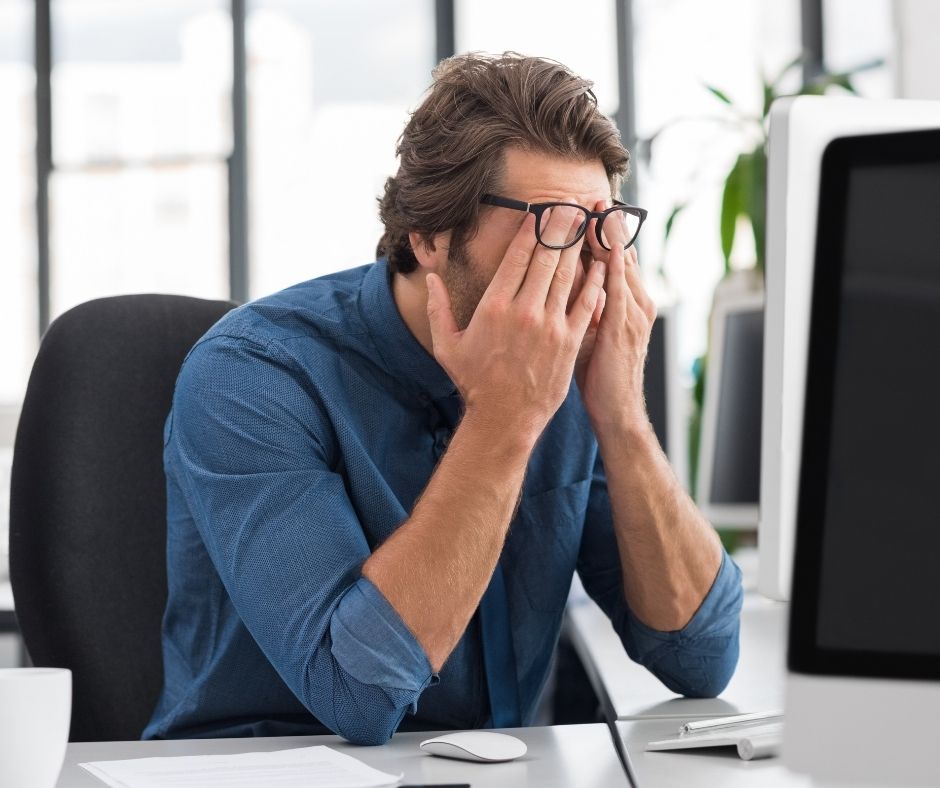 We hear so much talk about stress that you’d think we all knew what it was.  The reality is that we use the word so much that it has no clear meaning.  In engineering stress is a definable effect on a material or a joint or whatever.  But what is it when we are talking about people?  Is it, by analogy, the same as it is in engineering?  Do we picture a person as subject to some external effect such that eventually they break?  Whatever that might mean!  As far as I can tell, we usually mean that a person is having their fight or flight response (their sympathetic nervous system) triggered and is suffering from the physiological implications of an extended period of being in this state.  In the short term this response to danger is very useful; an increase is heart rate, breathing, blood pressure etc. will help to deliver oxygen to the muscles that might need it.  All functions superfluous to immediate survival are depressed to focus energy, so things like digestion and the immune system can shut down.  The body is flooded with cortisol, adrenaline and blood coagulant (is case a beast rips your arm off).  All of these things will help keep you alive in the event of being attacked by some beast.  If this happened once in a while, it wouldn’t be a problem.  However, if you live in a state of fight or flight for a prolonged period it could be disastrous.  Not merely unpleasant, but terrible for your health.

Now the problem with simply defining a situation as ‘stressful’ is that it makes us all victims.  I used to hear it in teaching all the time, “oh this is such a stressful job.”  You can hear it given as a reason for high levels of sickness amongst medical personnel; “Of course they are often ill, they are under a lot of stress.”  We even define some illnesses as “stress related” as if that means anything.  But when you look at the number of working days lost and the amount of drugs dished out for these “stress related illnesses” we appear to have an epidemic.  If any other single factor were involved in so much sickness, we would be all over it.  If some chemical caused so much illness, we would stop its use in the work place.

The problem is that what one will describe as stressful, another will describe as exciting. Some people will find any job stressful.  Some people appear to sail through life, taking everything in their stride.  The reality of course is that it is our personal reaction to a given situation that dictates whether it is stressful, in the sense of causing illness.

I offer a simple tip that I find helpful.  Open up your peripheral vision.  I don’t mean simply as an exercise of using your eyes differently.  I mean in cosmic and temporal terms.  Take a look at the size of the universe and the expanse of time.  I remember some years ago another Head of Department in a high school telling me, rather frantically that they hadn’t had time to complete a bit of data analysis that we had been asked to do.  Nor had I, and I said so.  “But,” they said, “aren’t you worried about it?” “No” I said, “because in a hundred years I’ll be dead and it won’t matter.”

What is the point of anything?  Now I don’t want to get all metaphysical here, but you have to stop and ask yourself what actually matters; what is the point, what is the purpose of your life.  Because that will help you consider what is worth getting upset about.  If you assume there is no great cosmic purpose, then this life is like a game that we play for a while.  The purpose of listening to a piece of music, or enjoying an amazing sky, or being in love, or creating art, or making a business empire is simply the experience of doing it.  If you see the whole of your life in the same way it becomes less stressful.  You can enter into a computer game and feel the excitement and enjoy it, even though you know it’s a game, but I think (unless you are in fact psychotic) you shouldn’t really find it badly stressful, because all the time you know it’s purpose is for the experience, it doesn’t fundamentally matter if you kill the zombie, win the race or get to the next level.  Taking the long view of life enables you to see it in the same way.